Sustain welcomes news that restrictions on unhealthy food advertising before 9pm and online becomes the law. 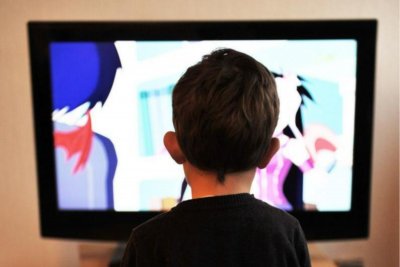 The 9pm TV watershed and total online restriction for advertising high fat, salt and/or sugar products (HFSS) has been written into UK law today. The policies, which form part of the 2022 Health and Care Act, received Royal Assent and are due to come into effect on 1 January 2023.

"This is a historic day for everyone who has campaigned to take junk food out of the spotlight for children over many decades. It has been the number one issue parents have raised with us, which affects what their children see, want and ask for. These groundbreaking new regulations will give added incentive to companies to reduce sugar, salt and saturated fats from their products, and turn the focus towards healthier options instead. We congratulate the Government for standing firm against fierce opposition from the junk food and advertising industries, for putting our children's health above private profit."

The measures stem from a government-run public consultation on the introduction of a 9pm TV watershed and equivalent restrictions online from March to June 2019. When evidence of increased risk of adverse outcomes from Covid-19 infection for those living with obesity emerged, the Prime Minister launched a new obesity strategy in July 2020, including a 9pm TV watershed. Finally, a follow up consultation on a total online advertising restrictions was held during 2021, prior to the measures being incorporated into the Health and Care Bill, now the Health and Care Act.

74% of the UK public supported the idea of a TV watershed and online ban on less healthy food and drink marketing, according to the Obesity Health Alliance. 9 in 10 parents taking part in Children's Food Campaign's Parents' Jury backed a TV watershed on junk food marketing.

Since announcing the new HFSS food and drink advertising measures, the Government has faced vocal opposition from industry. The Royal Assent on the new legislation comes on the same day as the cereal manufacturer, Kellogg's, is taking the Government to court to dispute the Nutrient Profiling Model - the method for determining which products are restricted by the regulations.

Sustain will continue to support these restrictions as they pass through the secondary legislation, and work to monitor the technical guidance and ensure that the regulations are implemented without delay.

“Winning a ban on unhealthy food marketing to children before the 9pm watershed has taken over 20 years of persistent campaigning by parents, teachers, health professionals and charities. In the early days, we had to prove to government that children were seeing too many junk food adverts by analysing hundreds of hours of children’s TV ad breaks. Sustain members went on to help shape the rules that first defined ‘unhealthy food’ in a way that it could be regulated; then brought a legal case against in 2006 when the regulator Ofcom refused to consult parents on a 9pm watershed. Each step along the way has been a step towards protecting children’s health and promoting food quality. Sustain pays tribute to every person and organisation who has contributed to today’s historic win.”