Lewisham have continued their great work on improving public health by unveiling the first public advertising billboards promoting Sugar Smart in their borough. 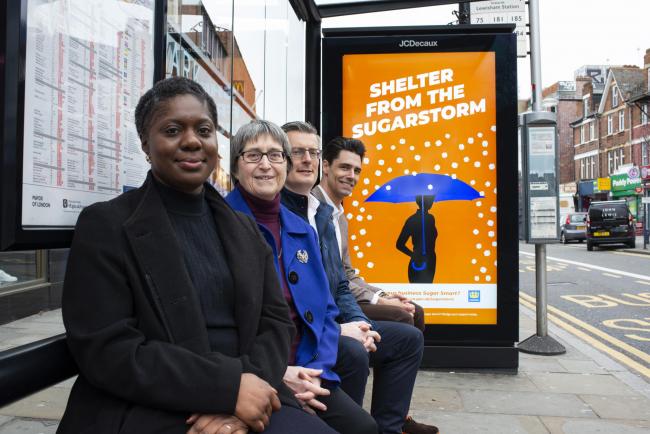 “We know that advertising is a very powerful influence on what we all eat and especially children.”

The billboards, which promote community messaging and raise awareness about the campaign to local residents, is a collaboration between the council, JCDecaux UK and Outsmart. The work is the focus of Lewisham's status as one of six Child Obesity Trailblazers supported by the Local Government Association and part of the Government's Child Obesity Plan.

Sugar Smart is a campaign run by Sustain: the alliance for better food and farming. Sugar Smart is one of the featured campaigns in the UK's Sustainable Food Cities network.